Tinkerforge at the Elektor Live 2013

As in the previous year, we will be at the Elektor Live as an exhibitor.

This year the Elektor Live will take place on 13th October in the Congress Park of Hanau. Besides our building blocks we will present the different starter kits which will be available until then. We look forward to meet some of you guys there. 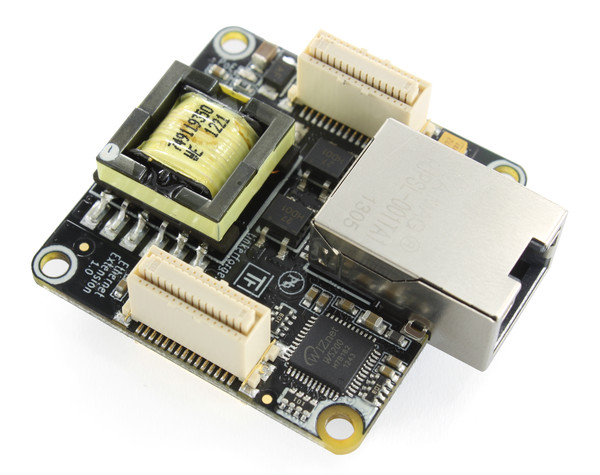 Based on the many different feature requests, we can finally release the new Ethernet Extension. The Customer wishes included PoE support, such that a whole stack of Bricks and Bricklets can be powered by an Ethernet cable. Another request was, that the Ethernet jack is on the Extension itself, a two-circuit-board solution was not desired. Since there is not much height available in the stack, most of the Ethernet jacks were out of the question. In the end we had to find a manufacturer that could produce a custom Ethernet jack for us, which supports PoE and has an acceptable height. This was one of the reasons for the long waiting time before the release.

But now it’s happening, the Ethernet Extension is available in the shop. It has an introductory price of 49.99€ (valid until June 30th).