We just released the new firmware version 2.0.6 for the LED Strip Bricklet. When we started with the Bricklet, it only supported WS2801 LEDs. More LEDs were added over time and now we added three more.

Especially interesting are the new NeoPixel RGBW and DotStar LEDs. The former has an additional individually controllable white LED and the latter are available with an additional intensity channel or as completely white strips with 24 bit resolution per LED.

Additionally we added more API to make it easier to handle LED strips from different manufacturers. Since the order of the LEDs inside of a package is not standardized, some LEDs are controlled in the order RGB, others are BGR or even different. You can now define the order of the LEDs of your strip with the set_channel_mapping function. After the channel mapping is set correctly the LEDs are always in the sequence RGB or RGBW. 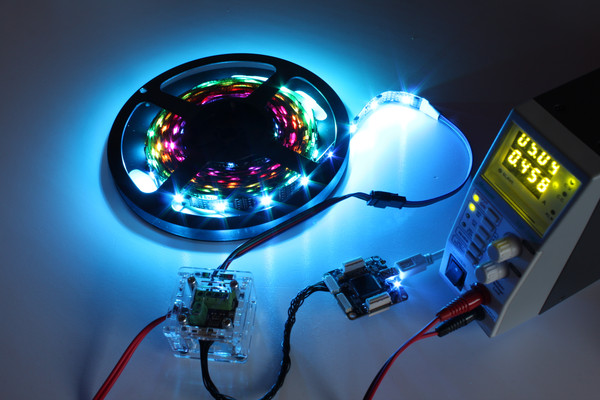