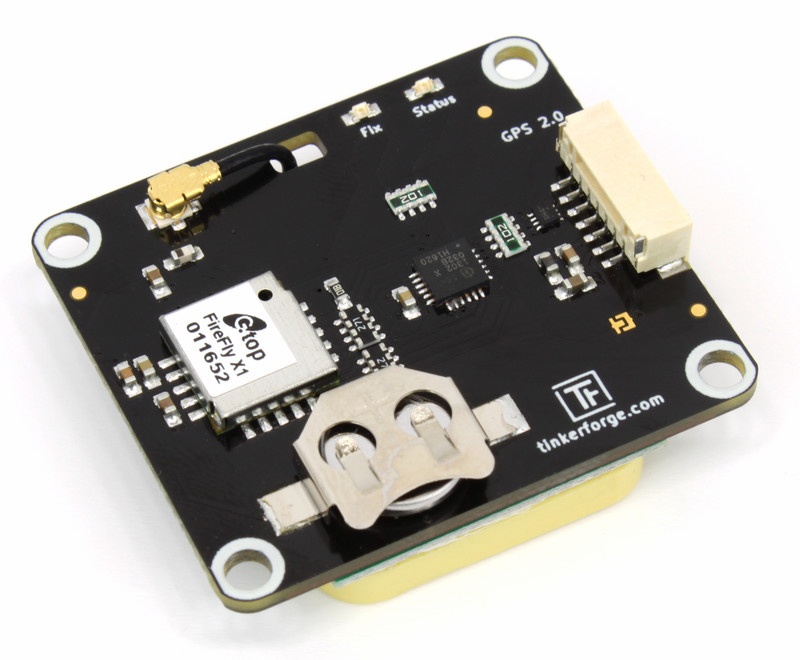 It supports GPS as well as GLONASS. Support for Galileo can be added later on with a software update. It is now also possible to receive elevation, azimuth and SNR for each GPS/GLONASS satellite. It still has the battery for position data backup and all of the other features that the old GPS Bricklet had.

The GPS Bricklet 2.0 is the first Bricklet with a co-processor. This means you need one of the new 7 pole to 10 pole Bricklet cables to connect it to a Brick! Otherwise it will behave exactly like the old Bricklets and you won't notice a difference. Make sure to update the Brick firmwares, support for the new Bricklets is only available in the newly released versions.

We will write more about the new Bricklets with co-processor soon. They will also come with a more powerful API that that not only supports getters, setters and callbacks but also convenient data streaming. This will increase the usability for Bricklets with a high throughput of data significantly. The GPS Bricklet 2.0 does not yet have the new API, but we didn't want to wait any longer to release it! We made sure that we can add it later on.

The old GPS Bricklet had an internal antenna, which was convenient, but it had a small antenna gain. For the successor we decided to use a module without internal antenna and to permanently attach a proper 25x25mm patch antenna to the bottom of the Bricklet. 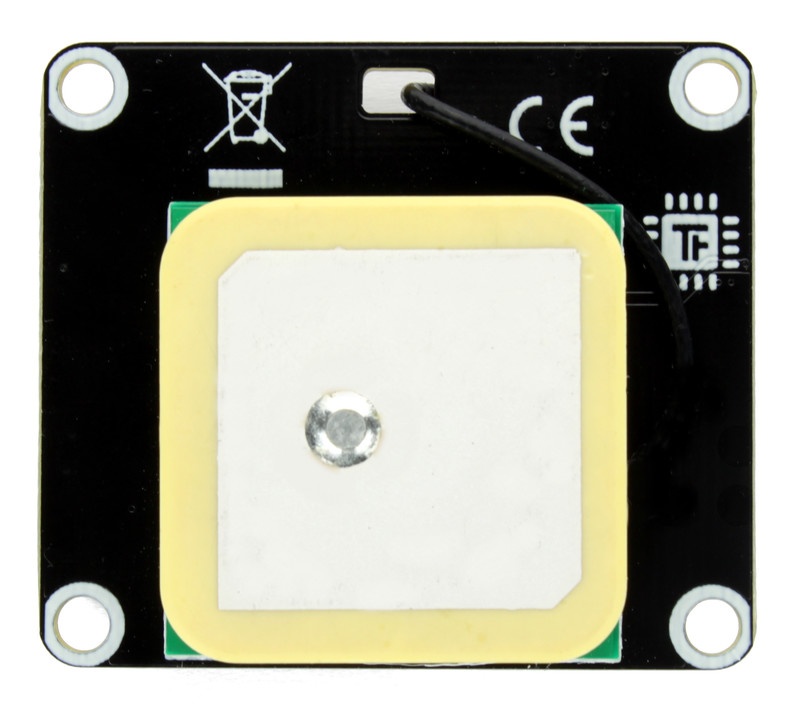 Since the antenna is connected through a U.FL connector, you can still connect your own external antenna (for example one with a long cable). If you use our U.FL to SMA adapter, you can also use a standard SMA GPS antenna. The GPS Bricklet 2.0 case features a hole to mount it: 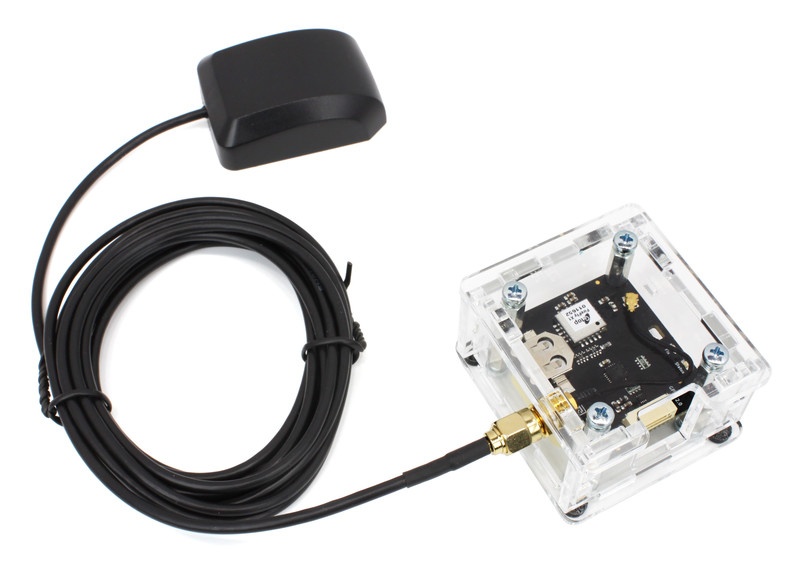 The GPS Bricklet 2.0 is available in our shop for 44.99€. Compared to the old Bricklet we unfortunately had to increase the price by 5€. The price difference comes mainly from the antenna.