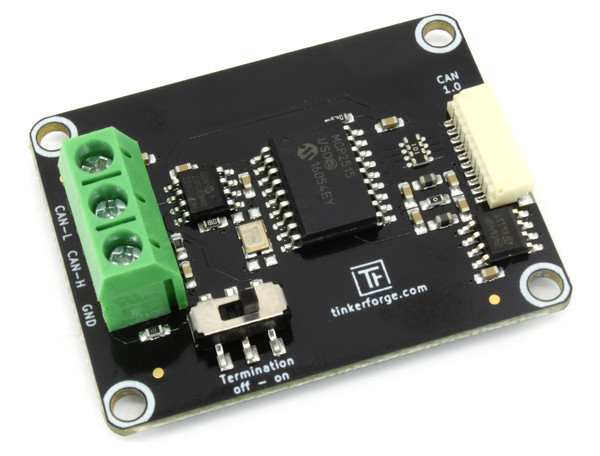 With the CAN Bricklet you can send and receive frames on a CAN bus. A CAN bus is often used in cars as well as industrial sensors and other industrial parts. We are planning to offer a tutorial on how to use the CAN Bricklet with CANopen soon. The Bricklet has a configurable baudrate between 10kbit/s and 1Mbit/s. It is possible to apply filters to match for frames with a specific identifier.

The CAN Bricklet is available for 19.99€ including VAT. 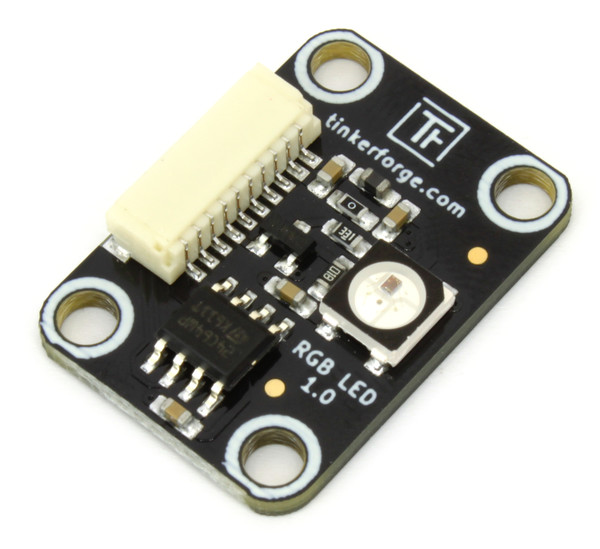 The RGB LED Bricklet is equipped with a single controllable RGB LED. Each color channel (red, green, blue) has a resolution of 8 bit.

During the design phase of the RGB LED Bricklet we made a rather embarrassing mistake. We tried to fit the LED on Bricklet with a width of 15mm. It didn’t fit, so we had to make it wider. We accidentally ended up ordering the PCBs with a width of 17.5mm, which does not fit in our standard 5mm grid that we use for all Bricks and Bricklets. We will add another 2.5mm in hardware version 1.1. In the meantime the RGB LED Bricklet with hardware version 1.0 is available for half the price (3.49€ instead of 6.99€).

Now open src\brickd\brickd_uwp.sln in Visual Studio 2015 and compile and run the project. You should now see a running Brick Daemon app.

This is a beta version because there is currently one major issue: USB device auto-detection doesn’t work properly for all Bricks.

The Windows.Devices API to access USB devices requires that every USB device has a DeviceInterfaceGUID assigned. Normally this would just work out-of-the box with all Bricks, but Windows 10 IoT Core (at least versions 10.0.10586, 10.0.14295 and 10.0.14376) seem to have a bug that breaks this for all Bricks except the RED Brick. It’s unclear why the RED Brick is not affected by this problem.

Becasue of this all Bricks except the RED Brick need a manual change in the Windows Registry to make the Windows.Devices API accept them. Here’s what you need to once do for every Brick:

Connect the Brick to USB first, then connect to Windows 10 IoT Core using Power Shell and modify and execute the following command:

Afterwards you need to reset the Brick. Now Brick Daemon should find it. But sometimes the reg add command hangs for some unknown reason. If this happens restart Windows 10 IoT Core and try again.

There is a thread in our forum for your feedback.

The second part will discuss the technical details and challenges of porting Brick Daemon to Windows 10 IoT Core.