We have new enclosures and mounting plates:

To use Tinkerforge on a DIN rail you can use the Rail Mounting Kit. This has been available for a while, but it can only mount one stack of Bricks.

Our new Rail Mounting Case has enough space for lots of different Bricks and Bricklets. Fully equipped it has enough space for 8 Industrial Bricklets and additionally up to 4 4x4cm modules (Bricks / Master Extension / Step-Down Power Suply). Additionally the new enclosure has a top lid that can be opened. If closed it protects the Bricks and Bricklets against dust and accidental contact of the electronics. 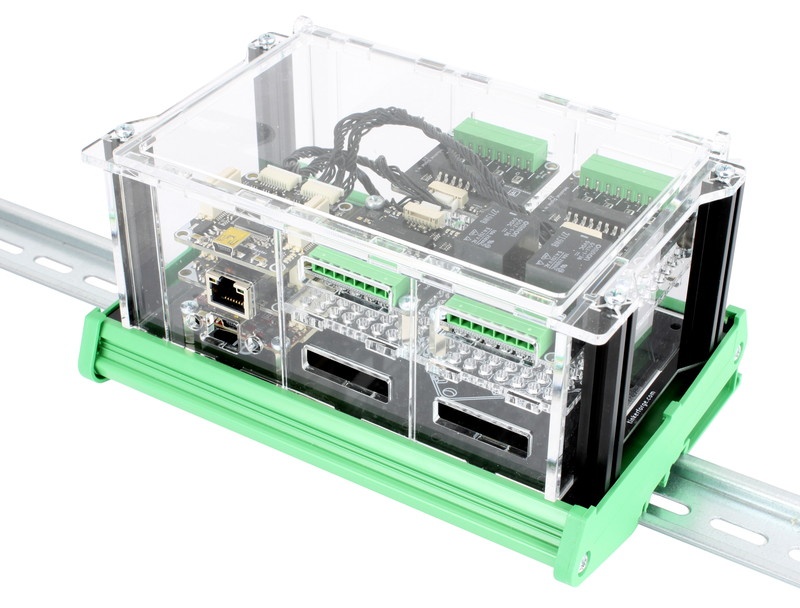 The enclosure is highly customizable. The side walls are compatible to each other and they can be put into different places. Because of this you can mount Bricks and Bricklets freely and the enclosure can easily be customized for your individuel project. 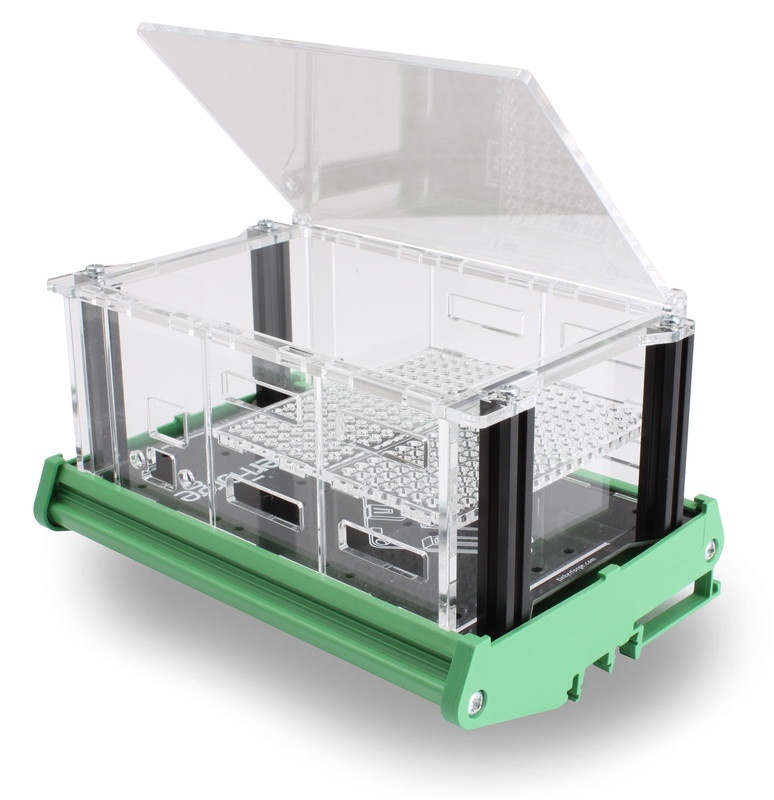 The second floor of the enclosure has a mounting plate that can mount any Bricklet. It is for example possible to mount an OLED display including a push button. As an example you could show status information about your control cabinet on the display and use the button to switch between different measured values. 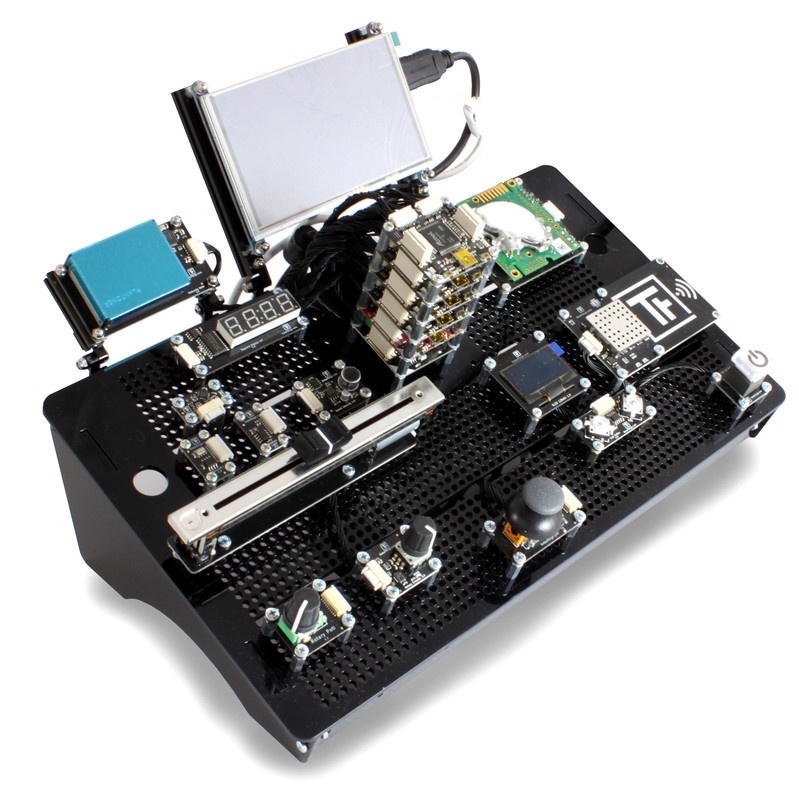 Four new Mounting Plates: 12x12cm and 24x12cm each with and without cable lead-through

For many years have been selling a Mounting Plate with a size of 12x6cm. The plate has a 5mm pitch pattern of 3mm holes. We would like to add four additional new Mounting Plates with different sizes.

The new Mounting Plates are:

Our laser cutter burned down

Update: You don't have to worry about delivery delays anymore. Our laser cutter will be fully functional again starting from 25th of July.

Unfortunately we had a small accident. Our laser cutter caught fire. Don't worry: Nobody got hurt and the company building is still standing! 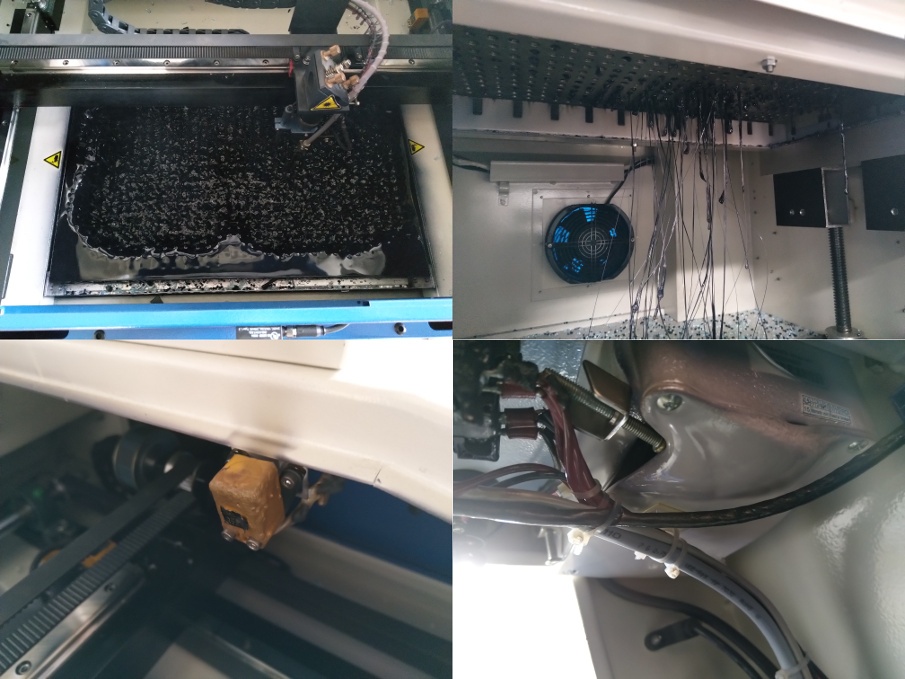 It is not yet clear if it is a total write-off or if it is economically justifiable to send the laser cutter back to the manufacturer for repair. Nevertheless both option (new laser cutter or repair) will take several weeks.

We use the laser cutter for the kits (brackets for the Weather Station, Server Room Monitoring kit, Blinkenlights etc), for all of our enclosures and the mounting plates. We don't have a big stock of these parts. They are mostly made just in time when they are ordered.

If you order a kit that includes laster-cut parts we will still ship the parts of the kits that are available and ship the unavailable plastic parts in a second delivery when they are available again.

We don't know the exact time it will take to get everything running again, but even in the best case there will be a significant delay.

We apologize for any inconvenience! 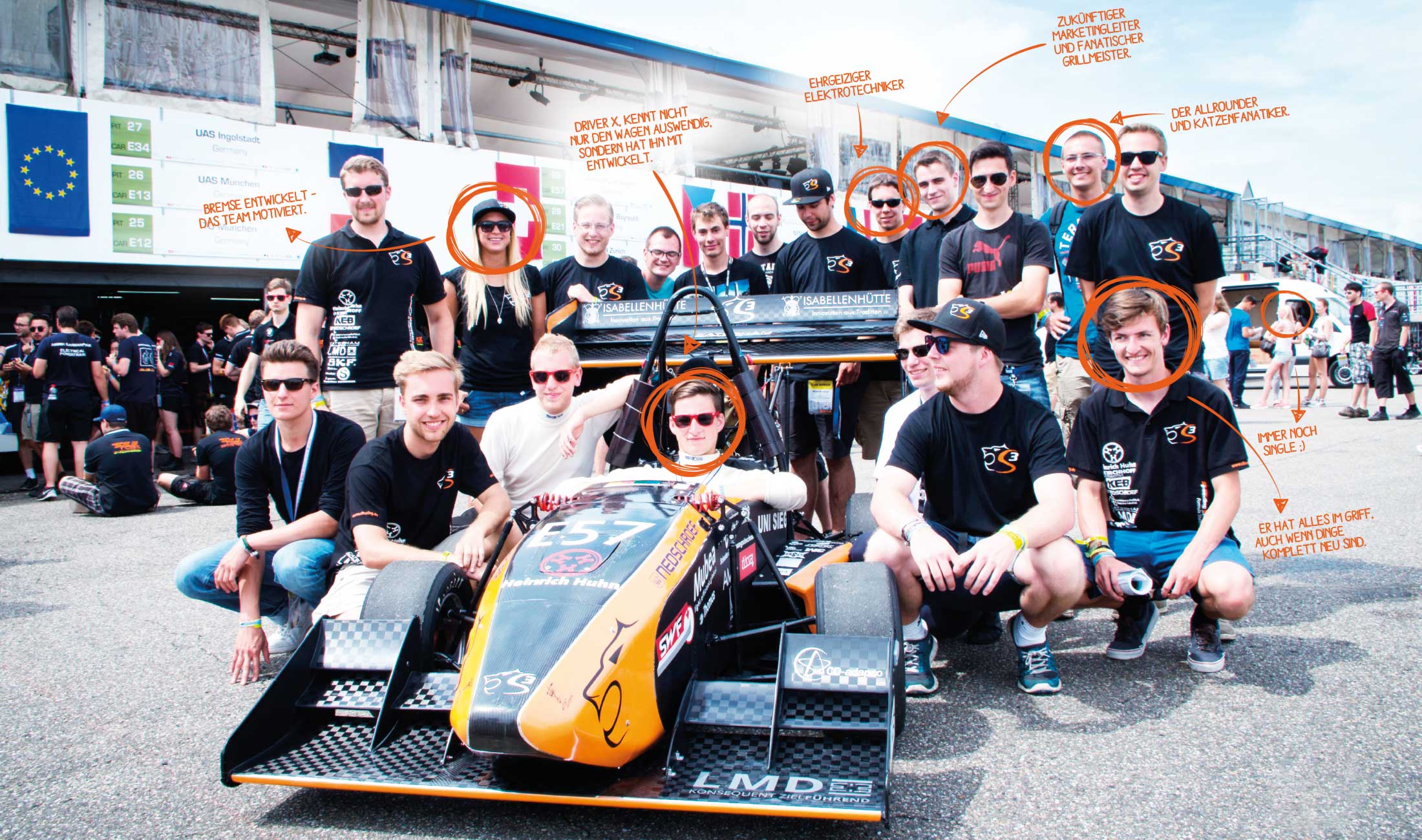 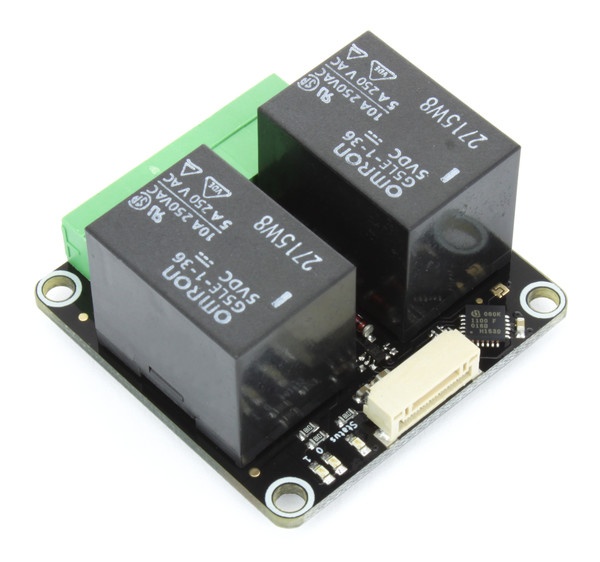 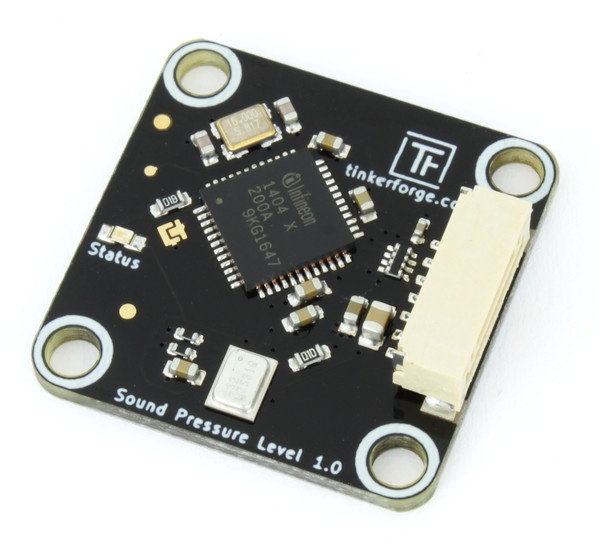 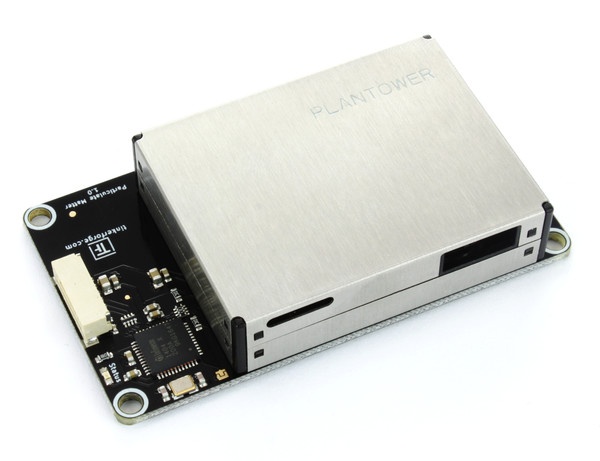 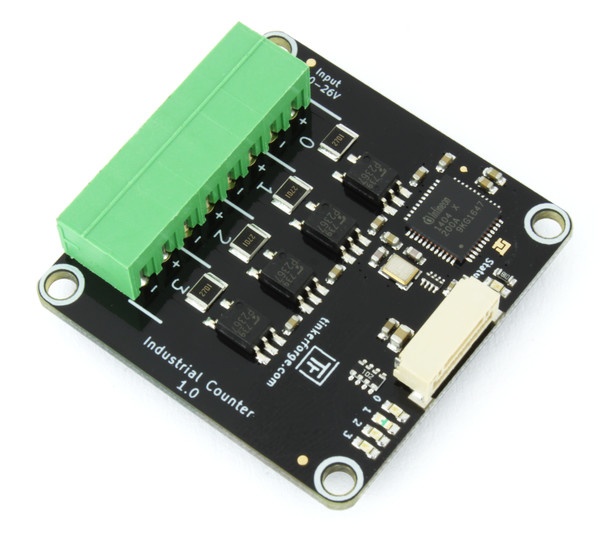 We got a big delivery of new Bricklets! Since we got 15 different new Bricklets at once, we will split the blog entry in two parts. 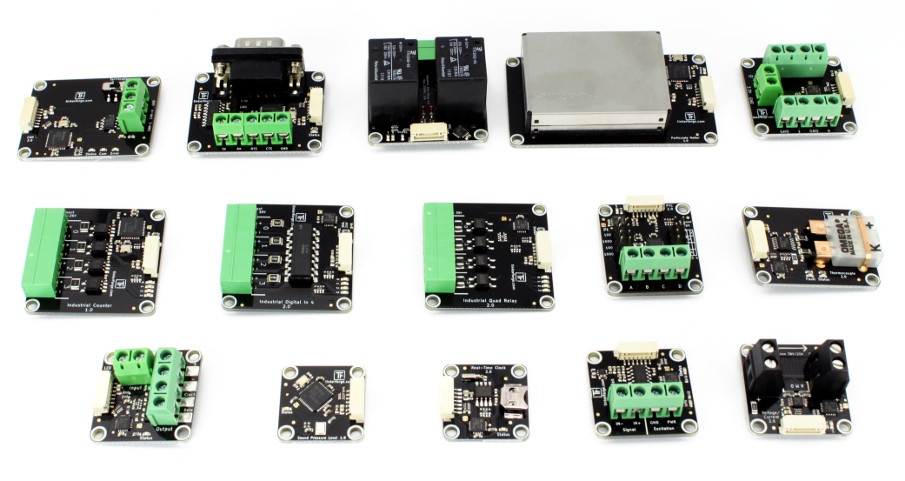 All of the new Bricklets have the new 7 pole connector. You can find more information about the new connector here. The folloging Bricklets now have a co-processor instead of the EEPROM and are in our shop as of now:

The following Bricklets got the 2.0-upgrade with additional useful improvements:

CAN Bricklet 2.0: The CAN Bricklet 2.0 now has a co-processor and thus more RAM. Because of that the Bricklet is more powerful and it can handle a high volume of data in longer bursts then the predecessor.

Industrial Digital In 4 Bricklet 2.0, IO-4 Bricklet 2.0 und Industrial Quad Relay Bricklet 2.0: The new Bricklets with digital in-/outputs got an improved API. The API now uses bool-arrays instead of bit masks. This was sugested to us astoundingly frequent. Particularly users that use high-level languages that normally don't use bit masks (LabVIEW, Matlab, Visual Basic .NET) had often problems with them. On the protocol level the arrays are still transferred as bit masks, so there is not loss in performance.