The annual "Vernetzungsttreffen" hosted by the anstiftung in cooperation with Verbund Offener Werkstätten e.V. took place from 16th to 18th november this year. Many members of the community and lots of interessted guests visited the event. 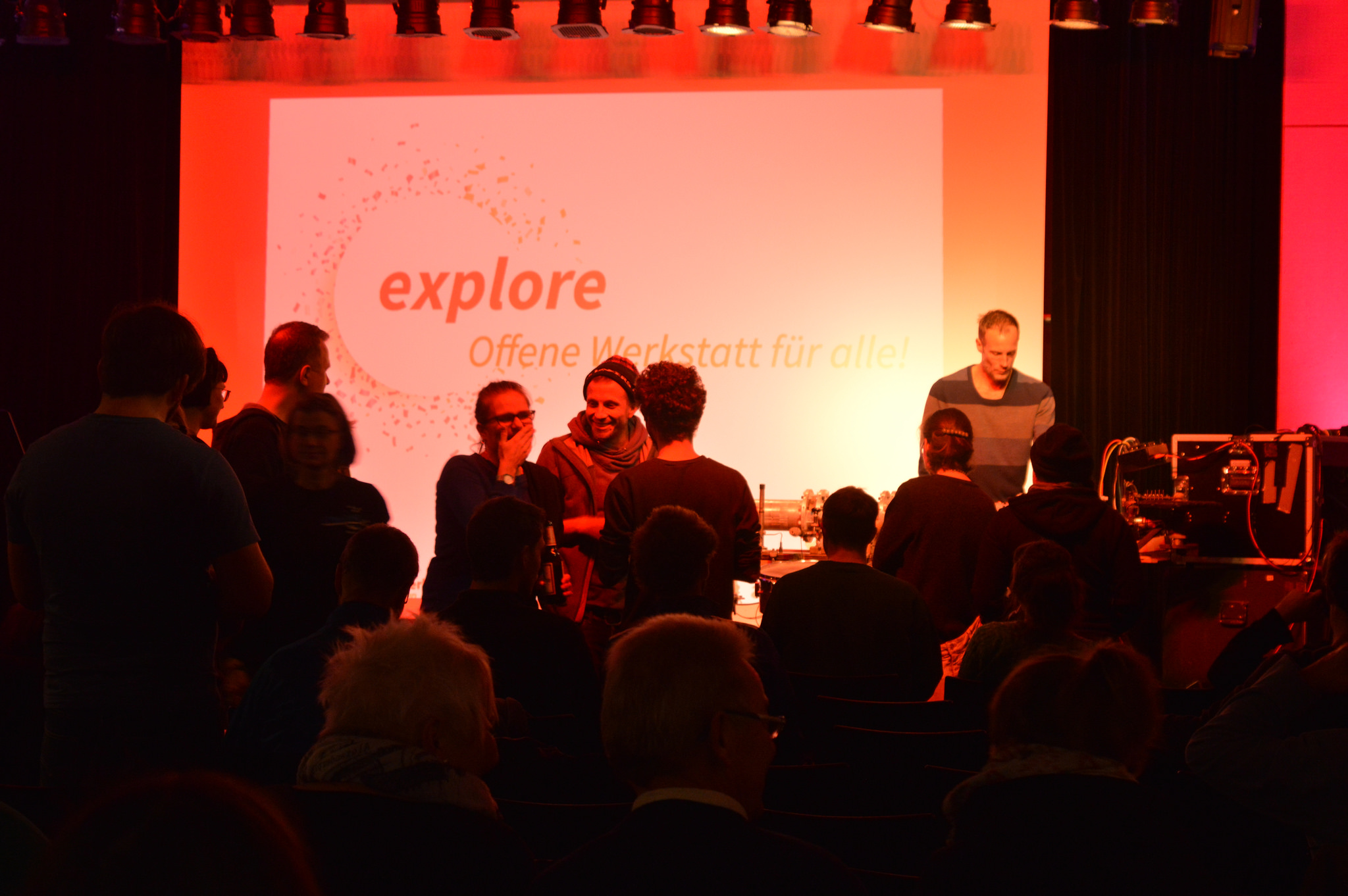 As part of the Vernetzungstreffen the VOW e.V. presented 5 project that will be supported. The 5 winners were picked from 51 submitted ideas by a jury. Congratulation to the winners.

Additionally vouchers for our shop with a value of 500 EUR each were given to the MakerLab-Murnau, the FabLab Neckar-Alb and the Stadtfabrikanten e.V. (FabLab Chemnitz). 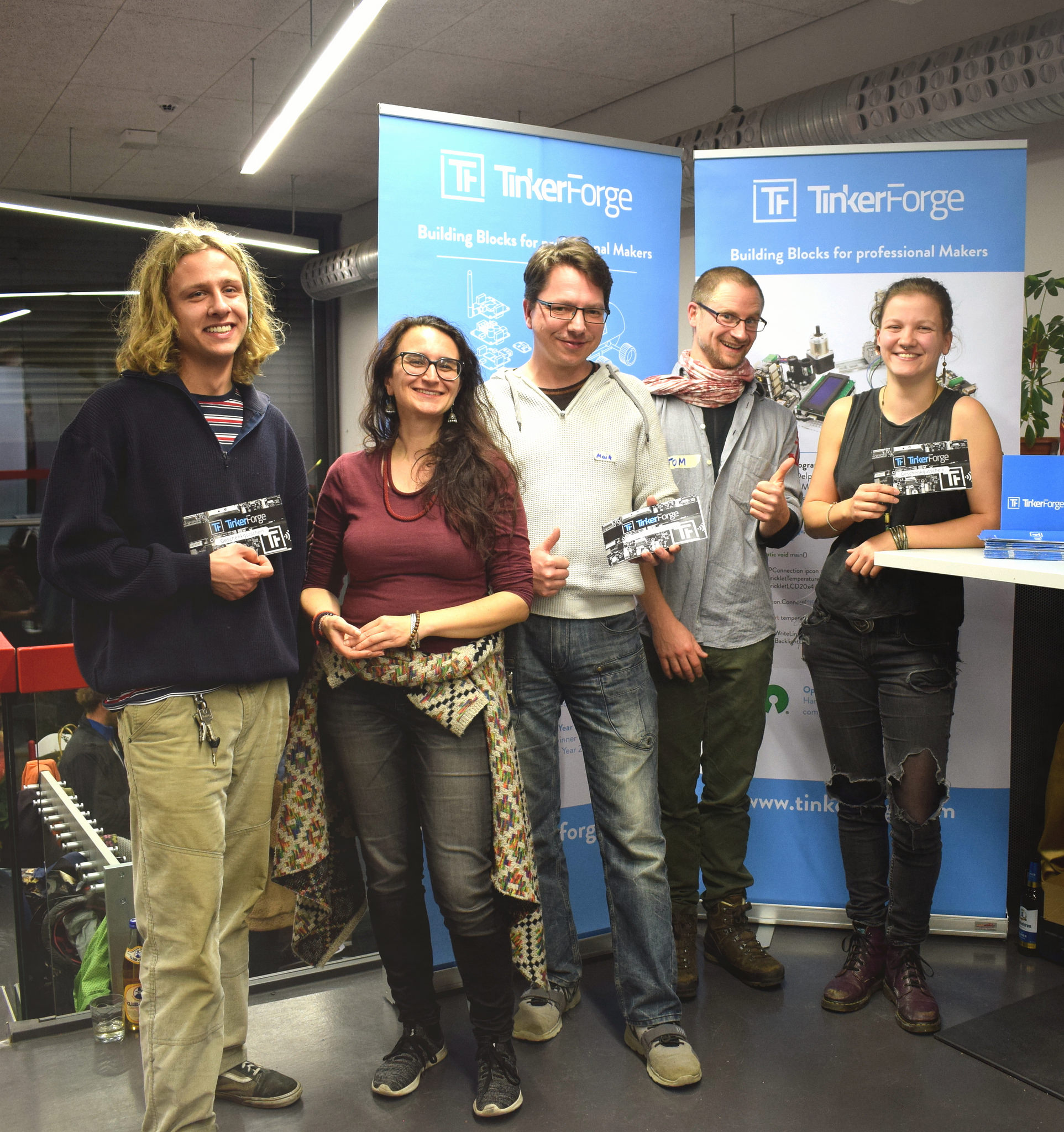 We are always happy to support organisation like the VOW e.V. that dedicate themselves to the Maker/DIY movement. We are looking forward to seeing what the Maker Spaces and Fab Labs will build with our building blocks. 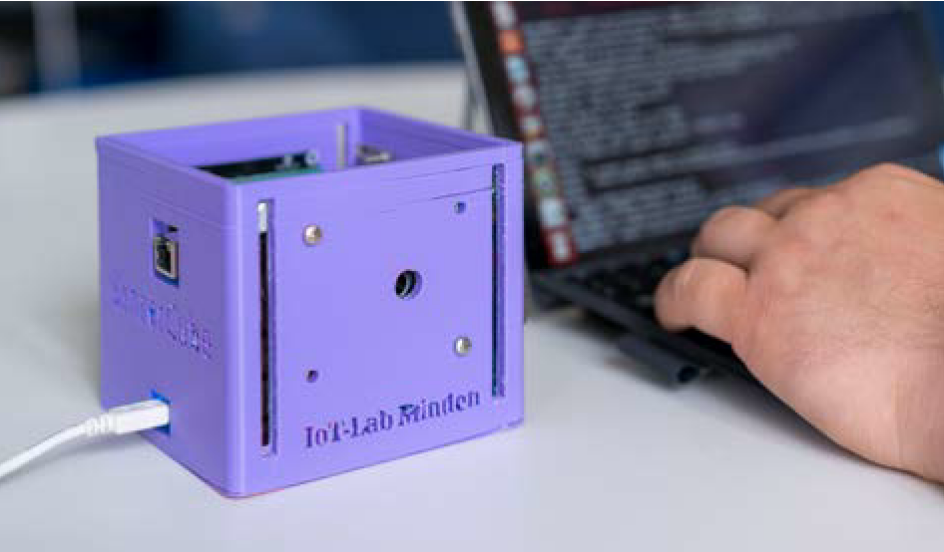 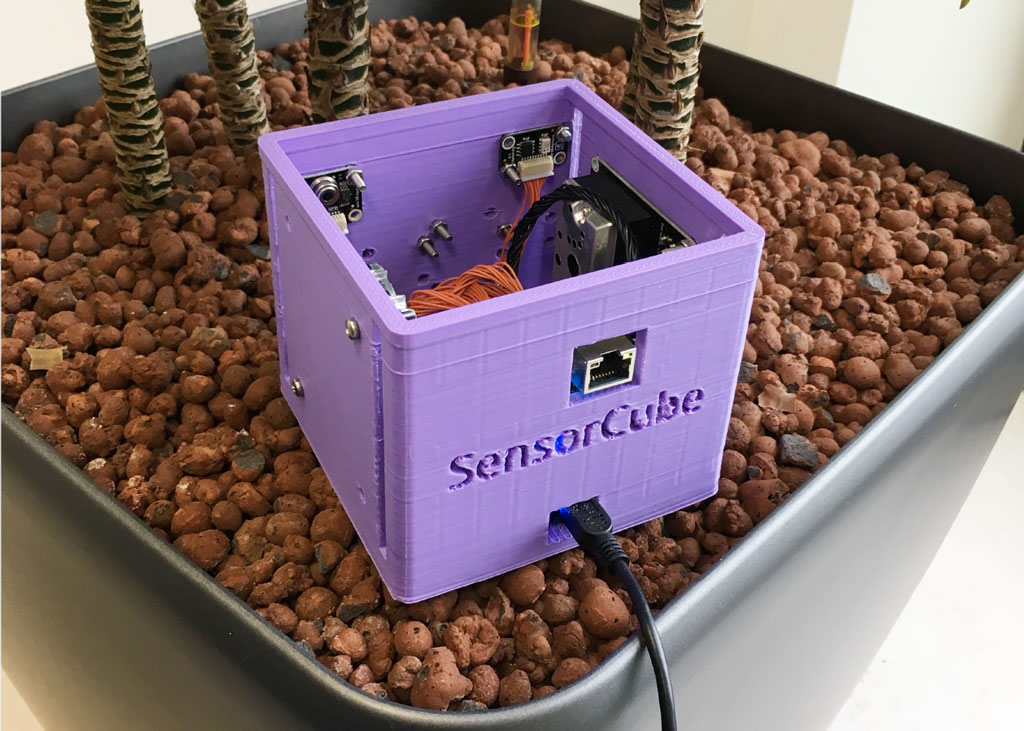 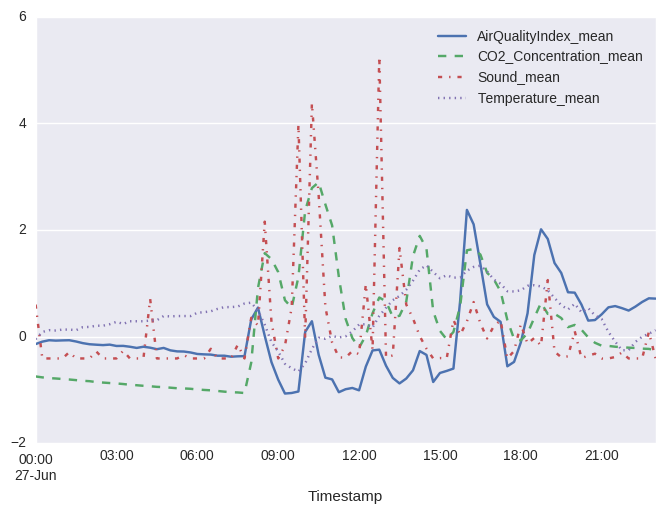 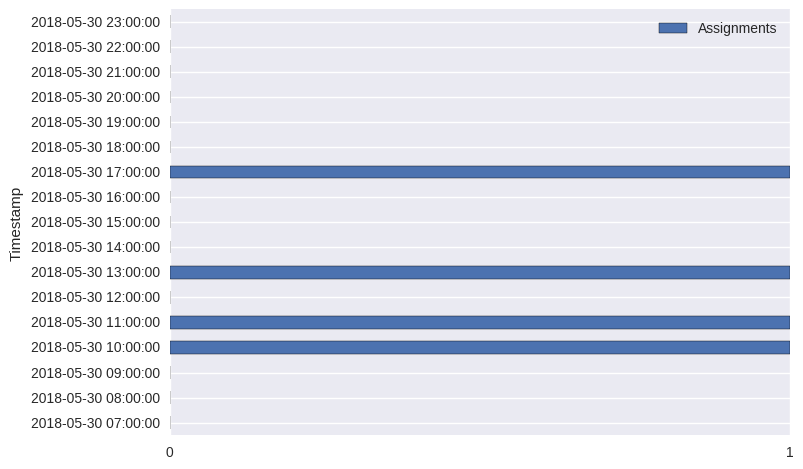 They replace the old Tinker Kit. All Bricklets in these kits have the new 7-pole connector and a co-processor. All three kits are delivered in a toolbox. The kits are well suited for research institutes and development departments for rapid prototyping and small production runs.

The kits will be updated regularly according to the current inventory and with new modules.

The Tinker Kit: Ultimate is the biggest set. It contains every Brick and Bricklet from our assortment of building blocks. 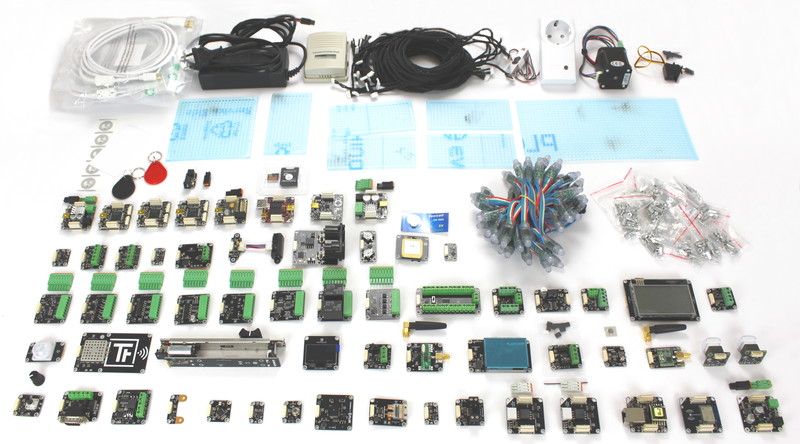 It comes with over 60 different modules and a lot of accessoires including cables, mounting plates, motors and NFC tags. It comes including a professional set of storage boxes. 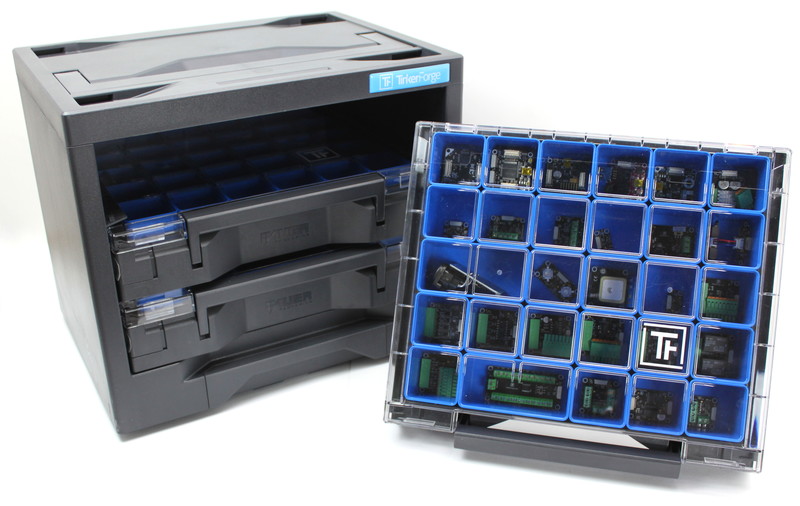 The second new kit is the Tinker Kit: Industrial. 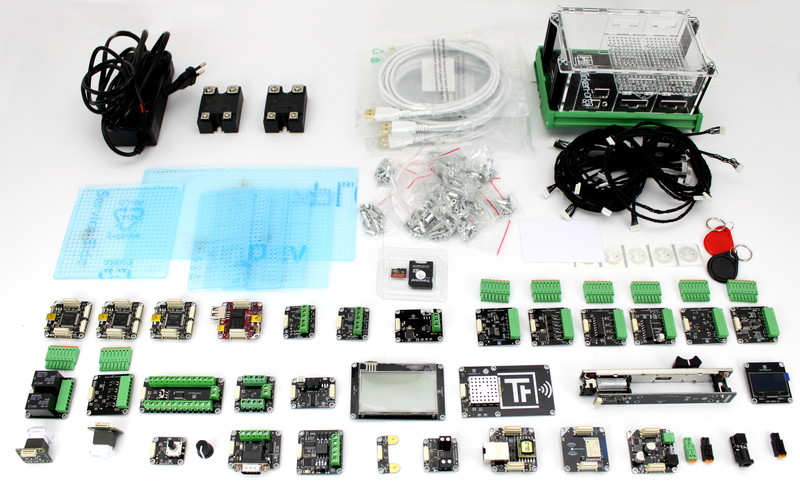 This Kit contains all Industrial Bricklets and the Rail Mounting Case. It can be used for prototyping in lots of different industrial applications.

The new Tinker Kit: Environment can be used for any kind of environmental measurement applications. 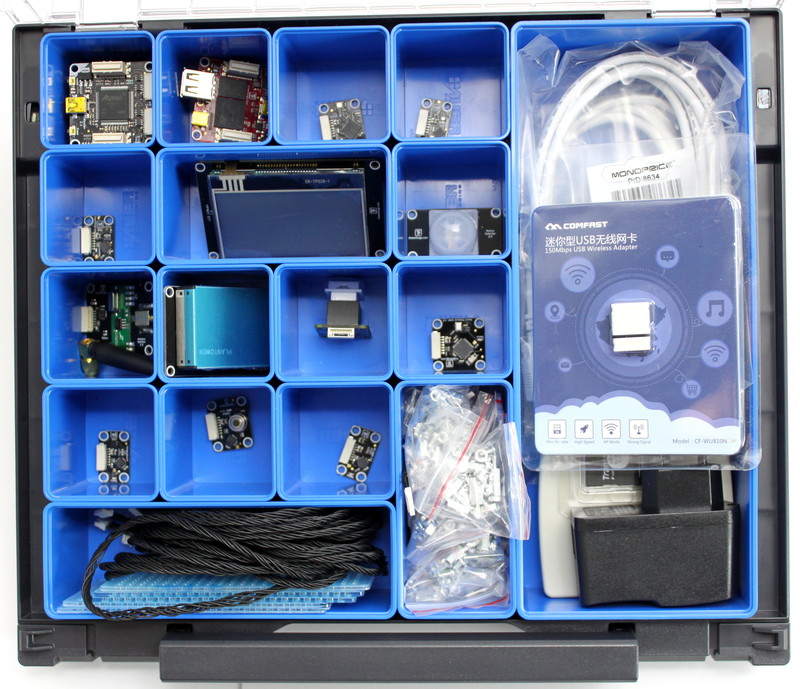