New Accelerometer Bricklet 2.0 with data rate up to 25.6kHz 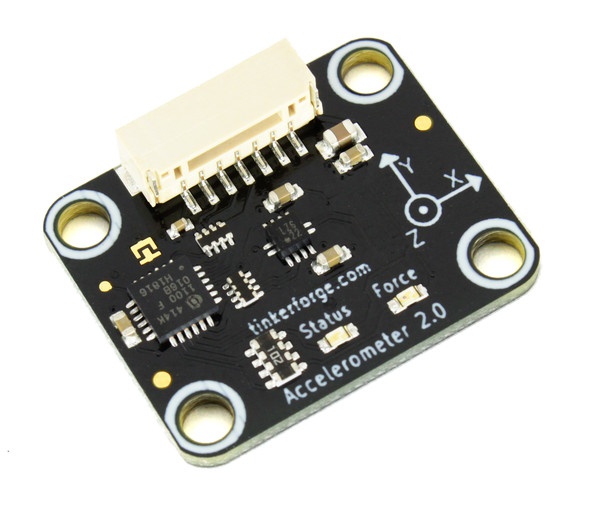 Compared to the old Accelerometer Bricklet it of course is one of the new 7-pole connector Bricklets with co-processor.

Additionally it has a maximum data rate of up to 25.6 kHz! To be able to transfer this amount of data we implemented a continuous acceleration streaming API. It will create a stream of acceleration data that uses the full size of the packages in the Tinkerforge Protocol. The data rate is high enough to calculate a FFT on it to see specific frequencies in the vibrations.

As a test we taped an Accelerometer Bricklet 2.0 to a stepper motor. We looked at the FFT at different speeds and it is very easy to see the current revolutions/min in the FFT. By adding some imbalance to the axle we could observe the FFT changing significantly.

The Bricklet does of course still have a simple getAcceleration() API like the predecessor. Additionally you should only use a data rate that is as high as you need it to be, since the noise increases significantly with high data rates.

For Christmas we released a beta version of our new Go API Bindings.

These are now officially released. You can find the the documentation on our homepage: https://www.tinkerforge.com/en/doc/Software/API_Bindings_Go.html.

If you don't know Go yet and want to see what it looks like, take a look at the Sound Pressure Level Bricklet examples: https://www.tinkerforge.com/en/doc/Software/Bricklets/SoundPressureLevel_Bricklet_Go.html#examples

Additionally you can now try out the first beta version of our new MQTT API Bindings.

There is a forum entry with more information about the beta release: https://www.tinkerunity.org/forum/index.php/topic,4736.0.html

If you don't know MQTT yet: It is not a programming language, but a protocol that works on a publish/subscribe basis. It can often be used with cloud services or in IoT applications without the need to do any programming. We already had the "Brick MQTT Proxy", but it was completely hand-written, only sporadically updated and also did only support a subset of Bricks/Bricklets and a subset of the functionality.

We got a brad new kit: The Tabletop Weather Station. 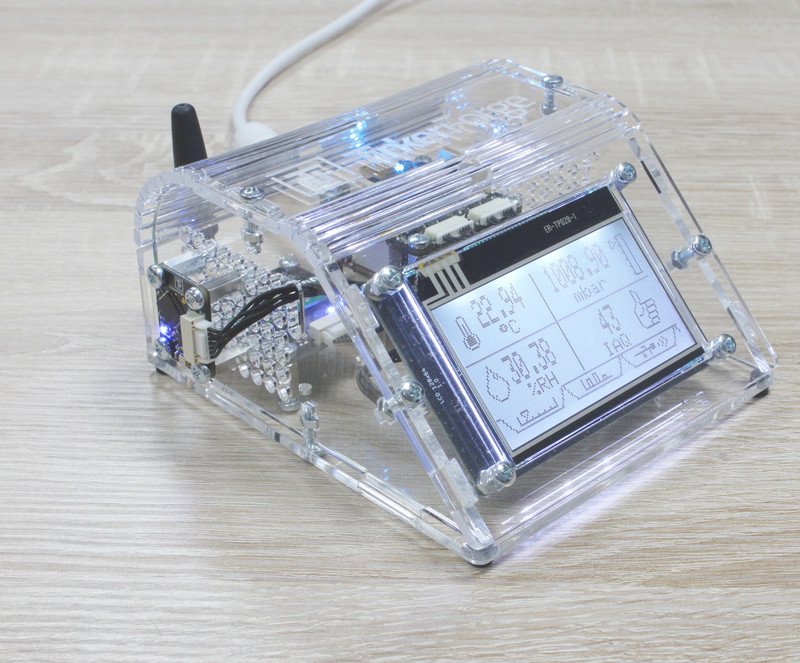 It is based on the new Air Quality Bricklet and the touch capable LCD 128x64 Bricklet and it comes with a cute laser-cut enclosure that is available in four colors.

Optionally you can add the Outdoor Weather Bricklet with a wireless outdoor weather station or additional wireless temperature/humidity sensors.

A complex demo application that utilizes the touch screen and writes the measured data into a sqlite database is available as download for Linux, MacOS and Windows.

The demo application is written in Python and based on "screens" that the user can go through with tabs at the bottom of the LCD. We made sure that it is easy to add your own custom screens to the application. Below you can find some screens that are by default included in the demo application: 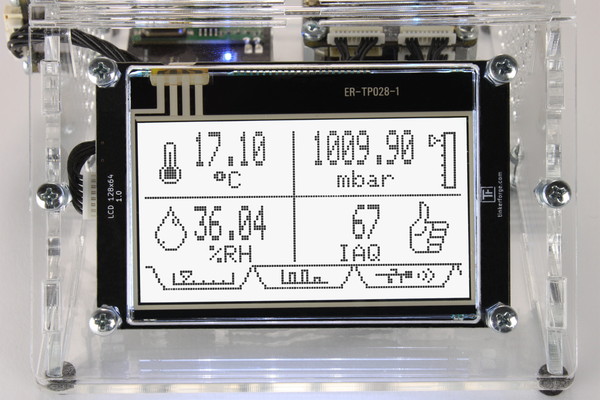 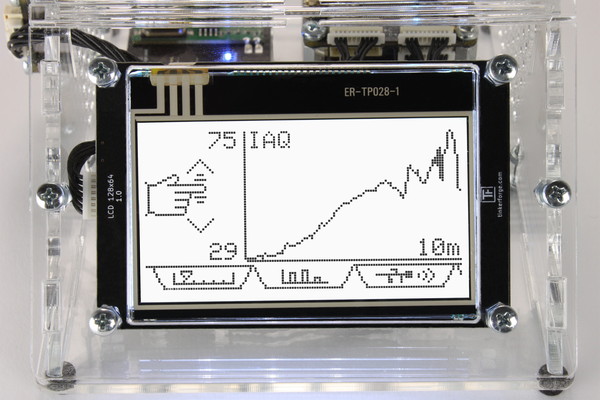 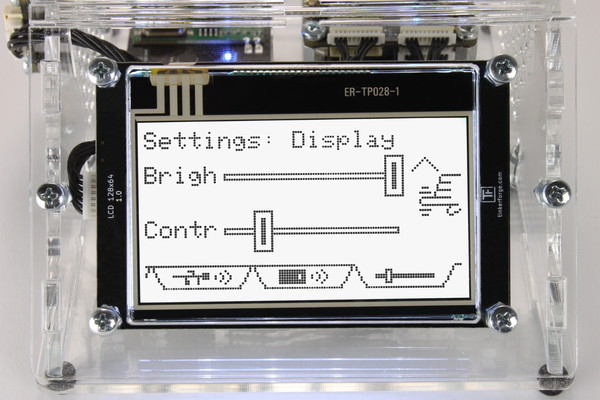